Kedoya Elok Apartments (Mini-Review)
3.3 / 5 My Rating
{{ reviewsOverall }} / 5 Readers' Rating (0 votes)
What I Liked
- Strategic location near the toll road, just between Puri Indah and Taman Anggrek.
- Rather complete facilities, including a nice swimming pool, gym, sauna, minimarket.
- Old property but still well-maintained and clean.
- Tight security.
- Very spacious apartments for a reasonable price.
What I Didn't Like
- Old property where most of the equipment and furniture is outdated.
- A bit noisy and polluted from the nearby toll road.
Location
Quality
Comfort
Management
Value

Kedoya Elok is an upscale residential complex in Kedoya (West Jakarta) that consists of two towers of 22 floors, for a total of 250 units. Built in 1995, it used to be known as Westwood Towers.

I visited it in 2019 and below is my mini-review of the property: 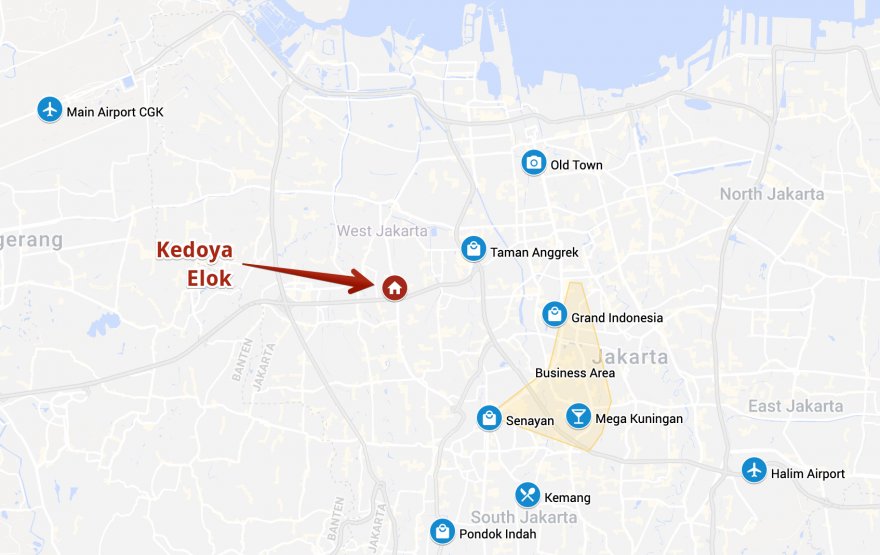 Kedoya Elok Apartemen is located in Kebon Jeruk, in the sub-district of Kedoya. It is a mostly middle to upper-class neighborhood with several housing complexes (for instance Taman Kedoya Permai). There are also some poorer areas organized in “kampungs” (traditional neighborhood).

Recently, some high-rise buildings have been developed as well, especially near the Jakarta-Tangerang toll road. For instance: AKR Tower, Metro Park, Veranda Apartments, etc. This is indeed a rather strategic location as it is just between Puri Indah and Taman Anggrek.

Toll Road:
Jakarta-Tangerang Toll Road is only 500 meters away.

Taman Anggrek Mall: Middle-class mall, quite popular, with an ice-skating rink on its last floor. It also has a cinema and a gym.

Neo Soho: A new mall, it is not too crowded at the moment and the main attraction there is an aquarium. There are also dozens of restaurants. Neo Soho Mall is connected to Central Park Mall through a tunnel and through a skywalk.

Lippo Mall Puri: This new shopping center, near Puri Indah Mall, is more upmarket and trendy. It has Sogo and Parkson department stores, a FoodHall supermarket, fashion stores like H&M, Forever 21, Uniqlo and Zara, a XXI Cinema, and a Fitness First gym. It also has a good selection of restaurants and cafés.

Px Pavillion: Upmarket boutique mall, just opposite Lippo Mall. It has a Gold’s Gym, a Ranch Market, a bookstore and several cafés/restaurants.

Supermarkets:
The nearest supermarkets are 10 minutes away by car:
– Ranch Market in Pesanggrahan
– Food Hall in Prisma Kedoya Permai

Food and Nightlife:
There are not many options for eating out or drinking near Kedoya Elok. You will need to go to Puri Indah or to Taman Anggrek for that.

Education:
There is a wide choice of educational facilities in this part of Jakarta, partly due to the presence of a large, wealthy Indonesian Chinese community. Most schools are quite expensive and Christian. 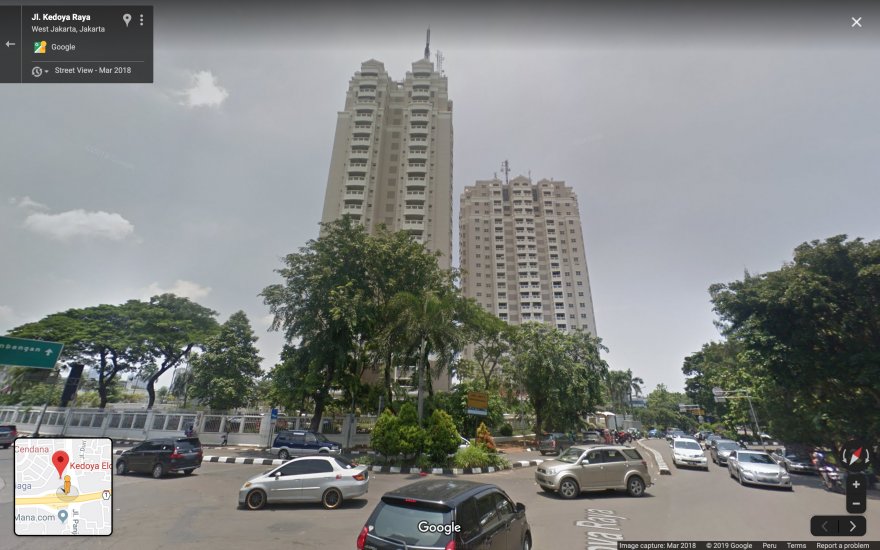 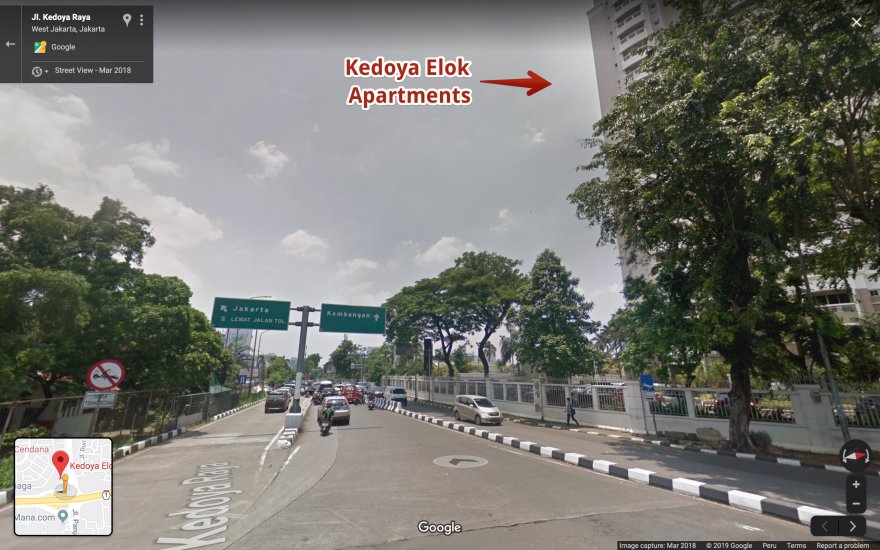 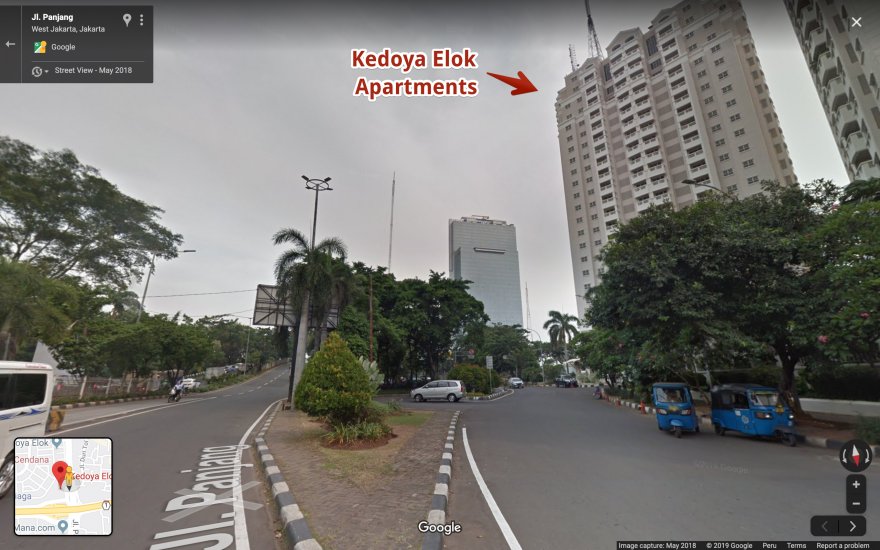 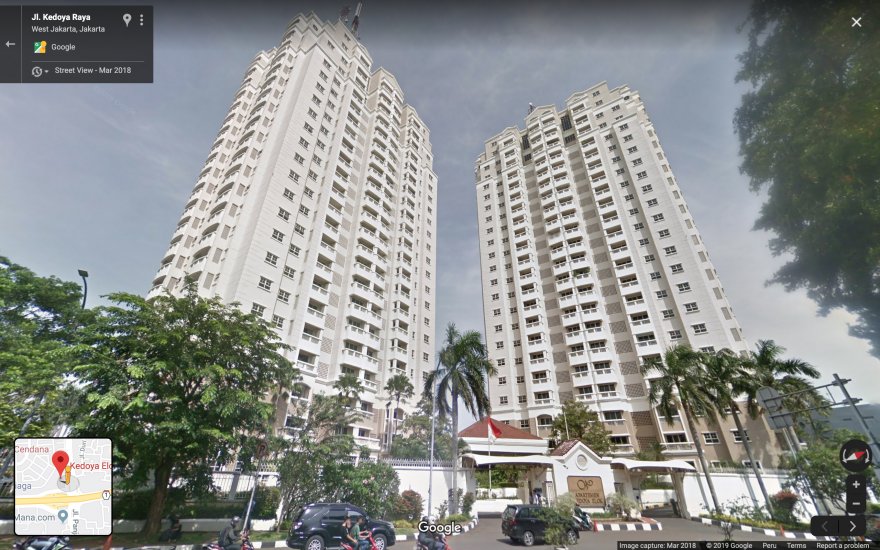 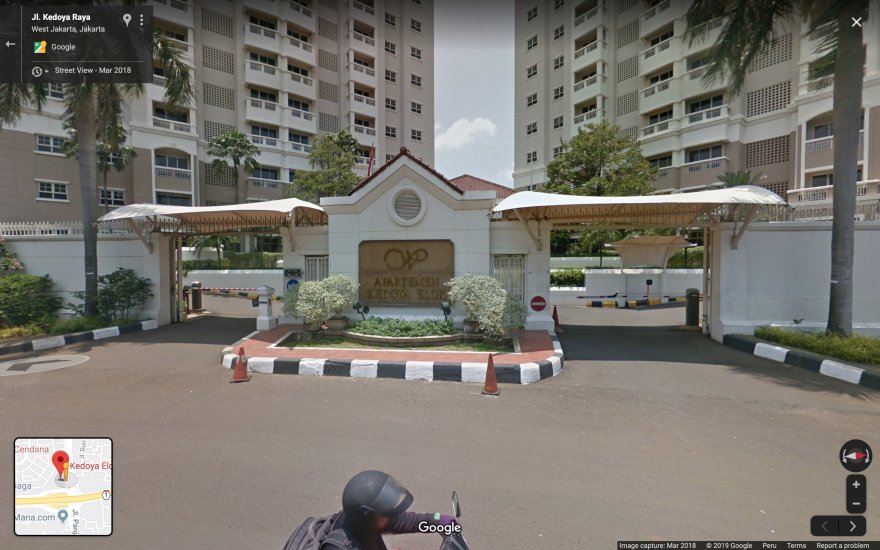 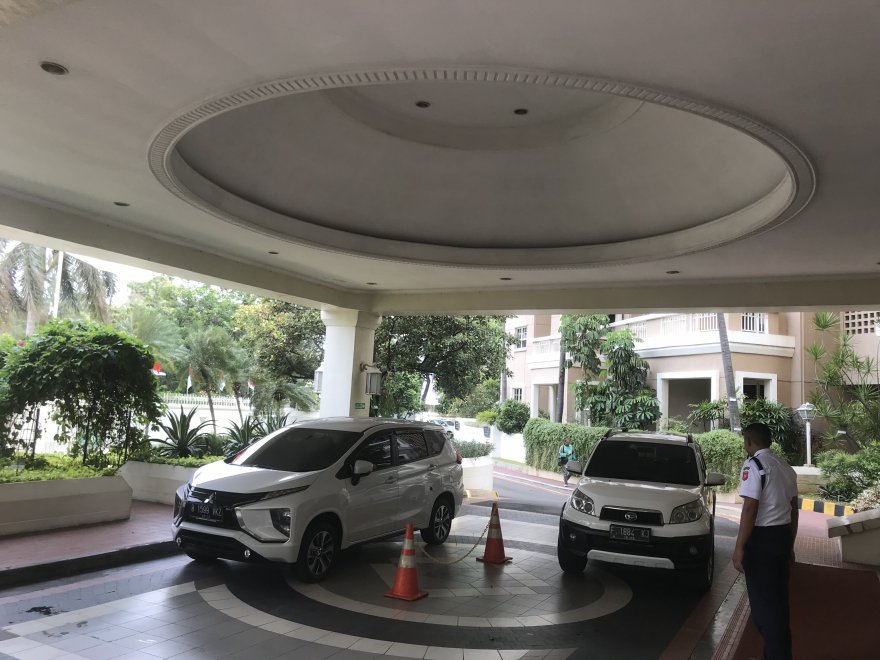 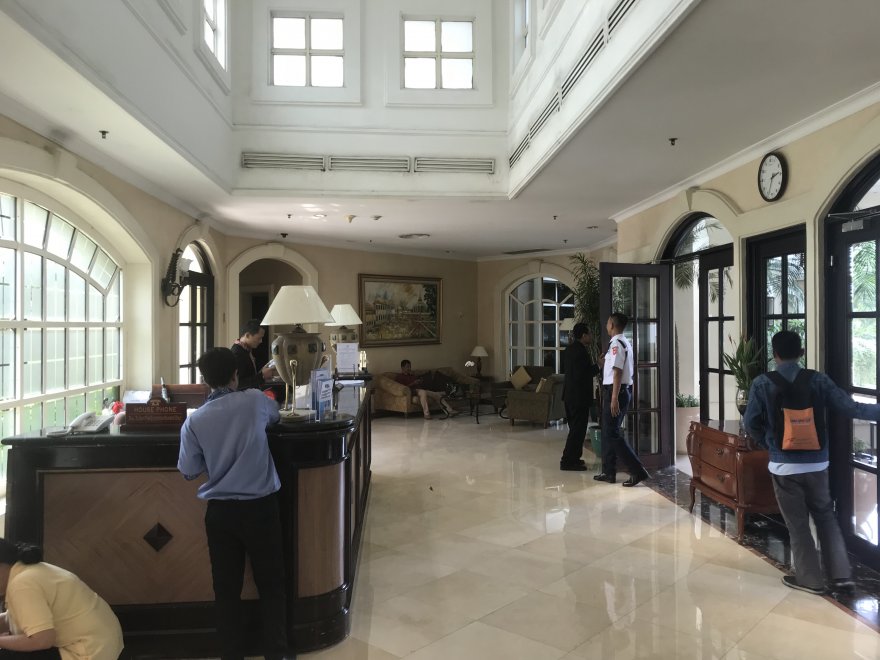 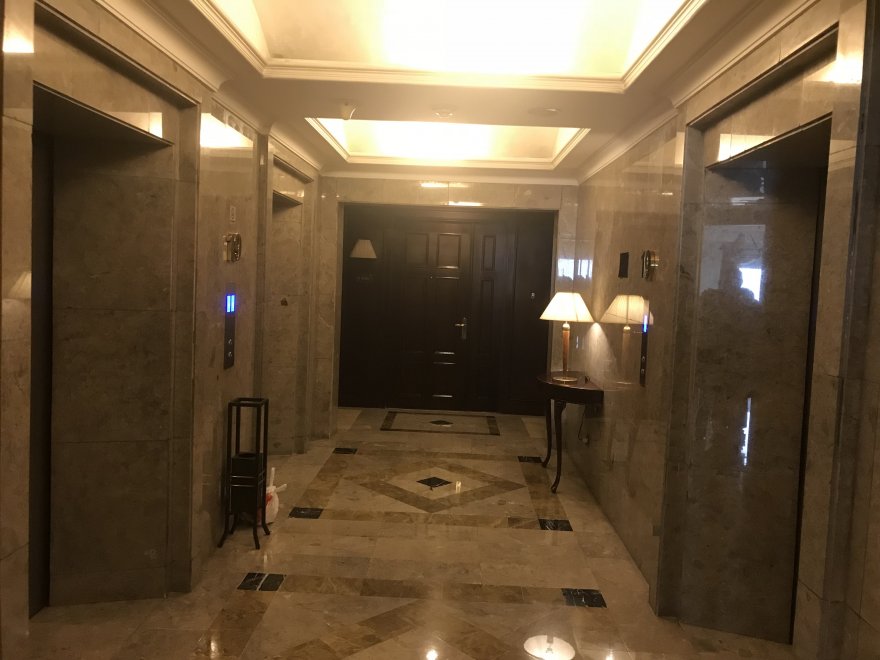 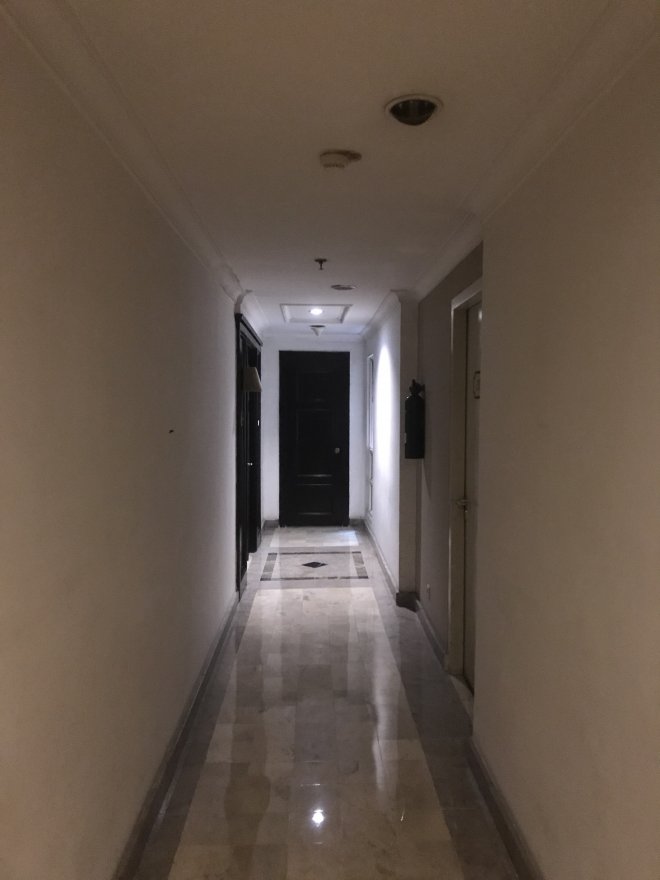 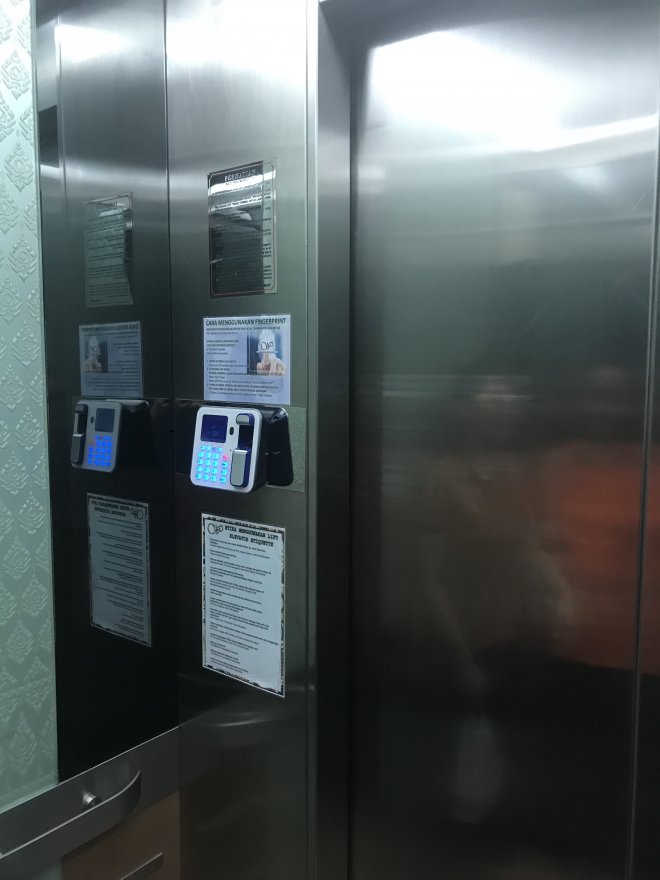 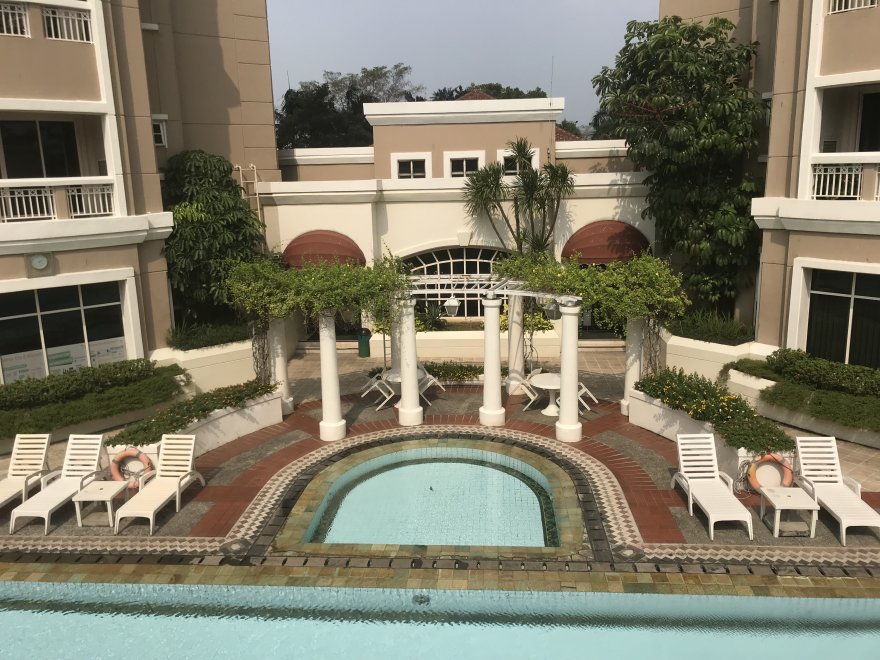 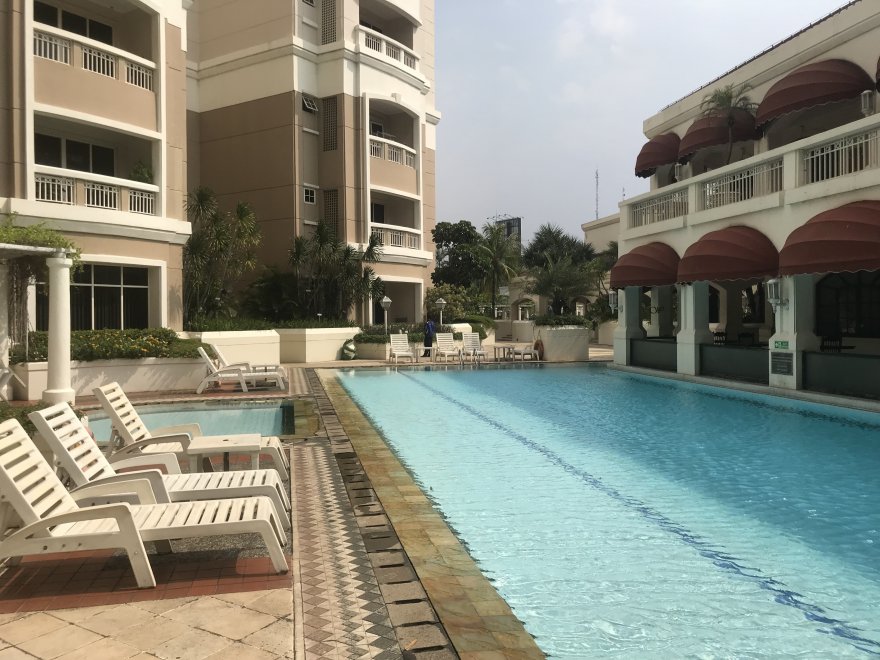 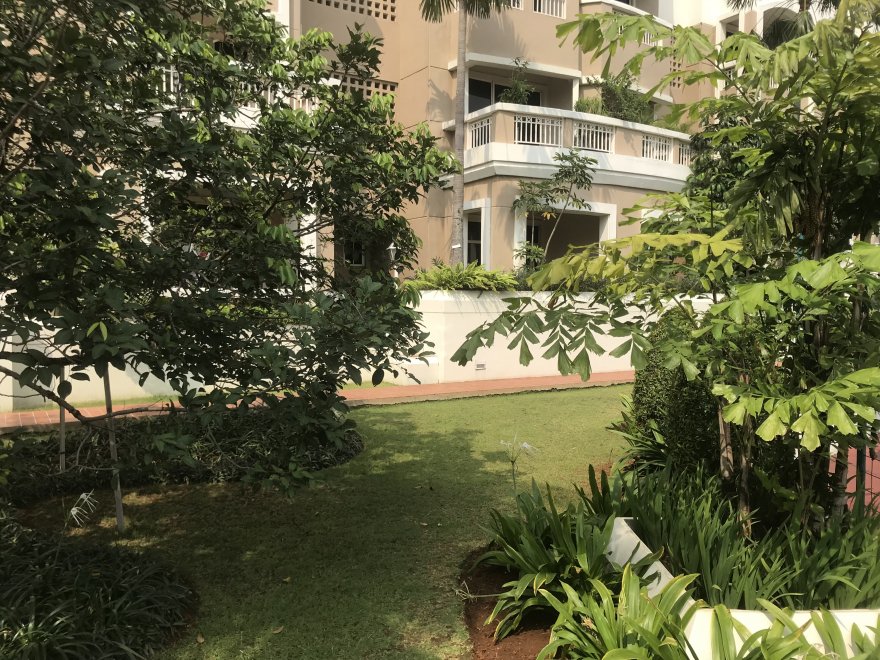 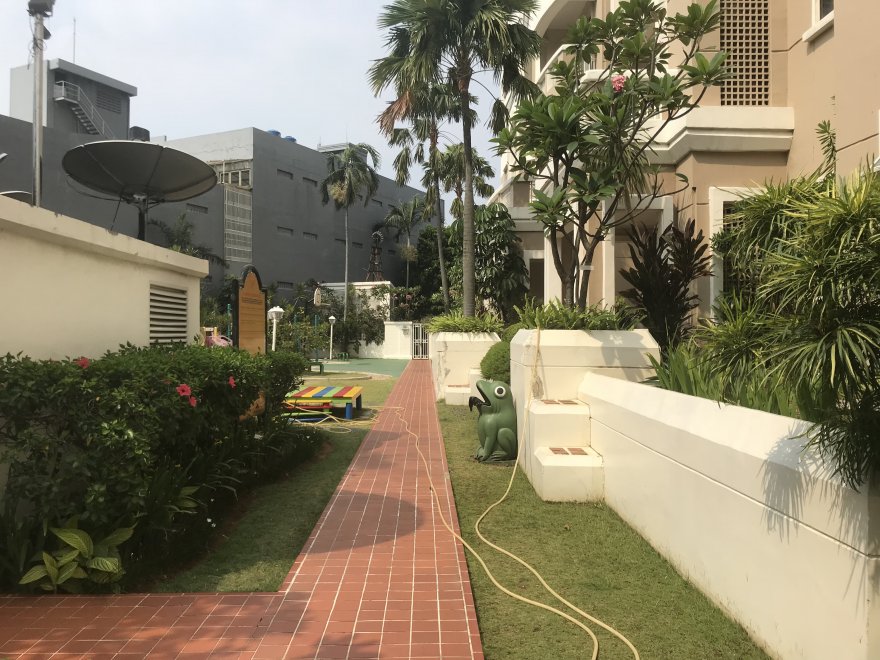 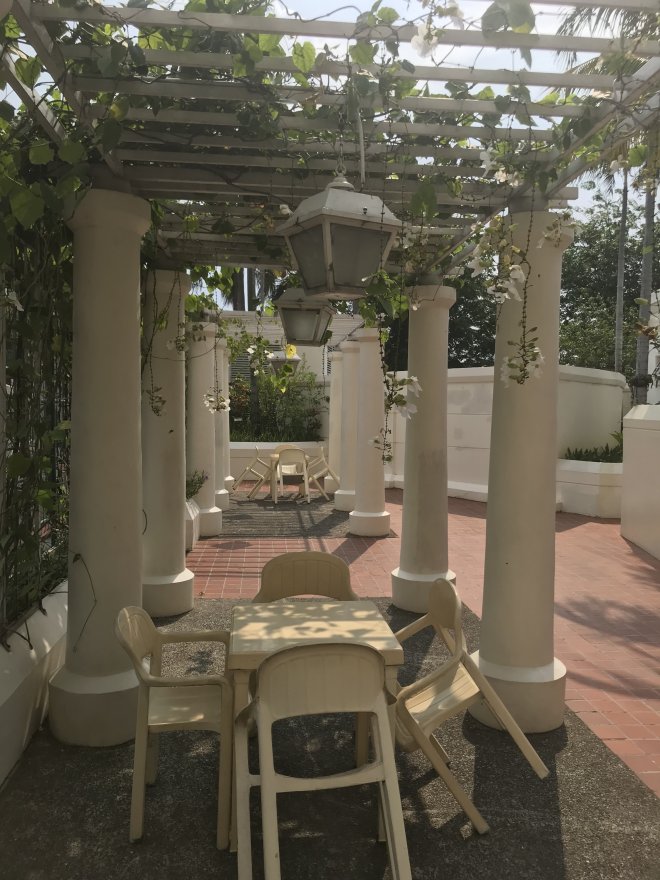 Chairs in the garden of Kedoya Elok Apartments 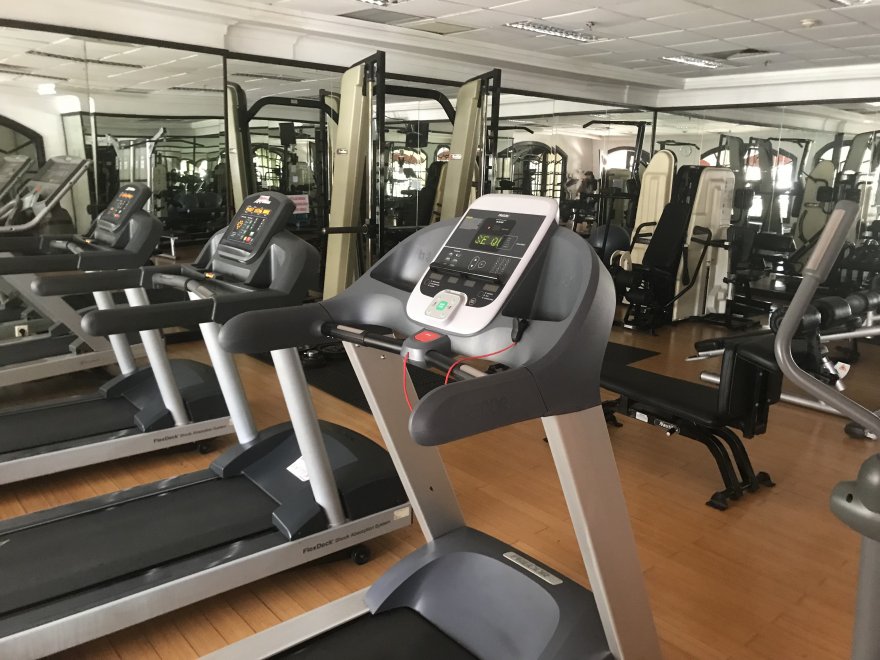 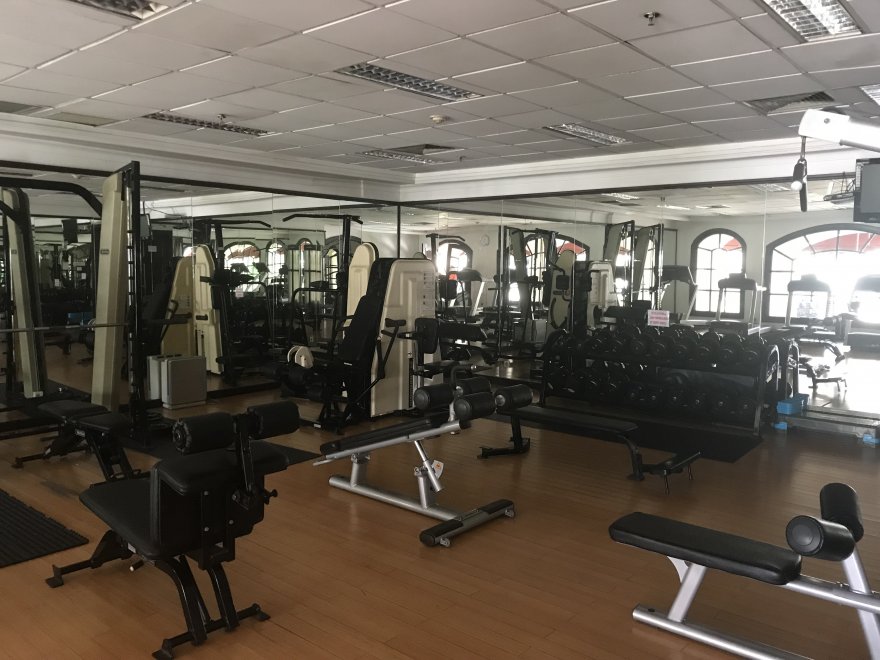 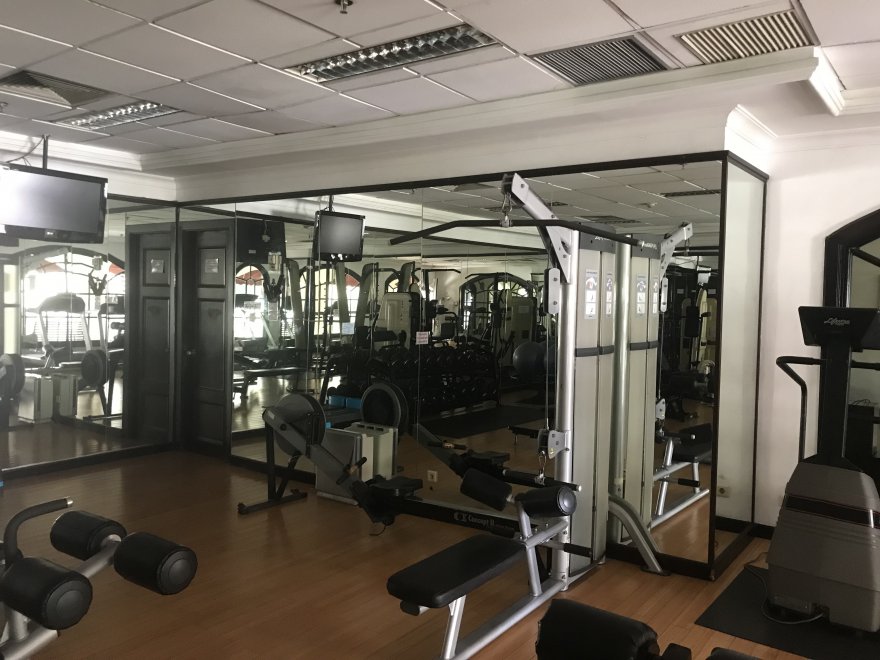 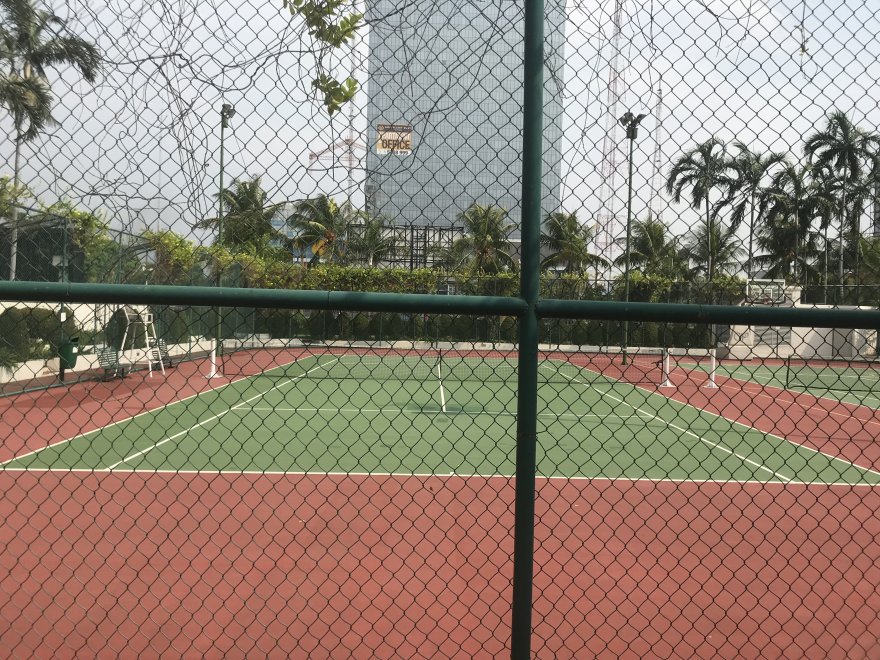 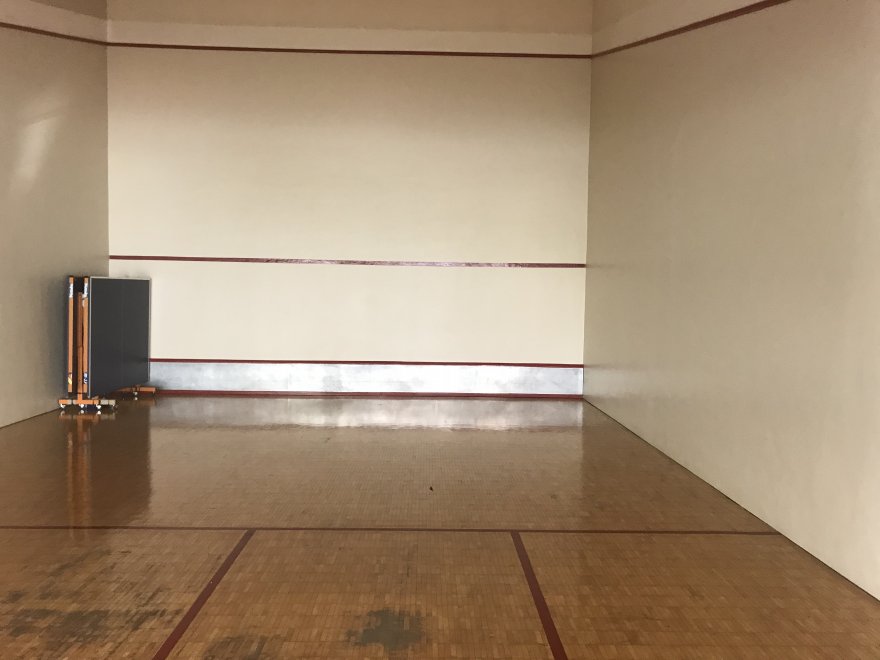 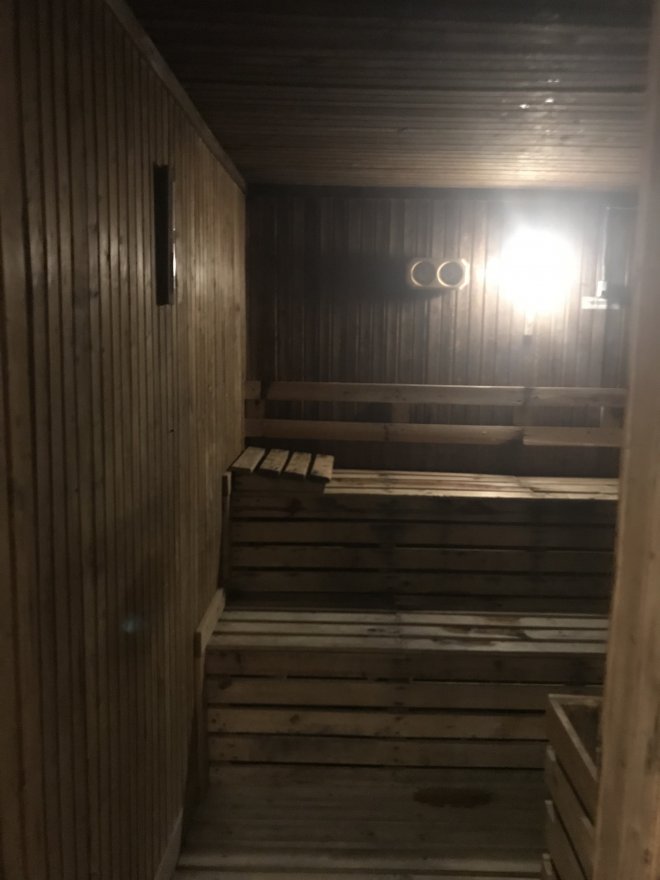 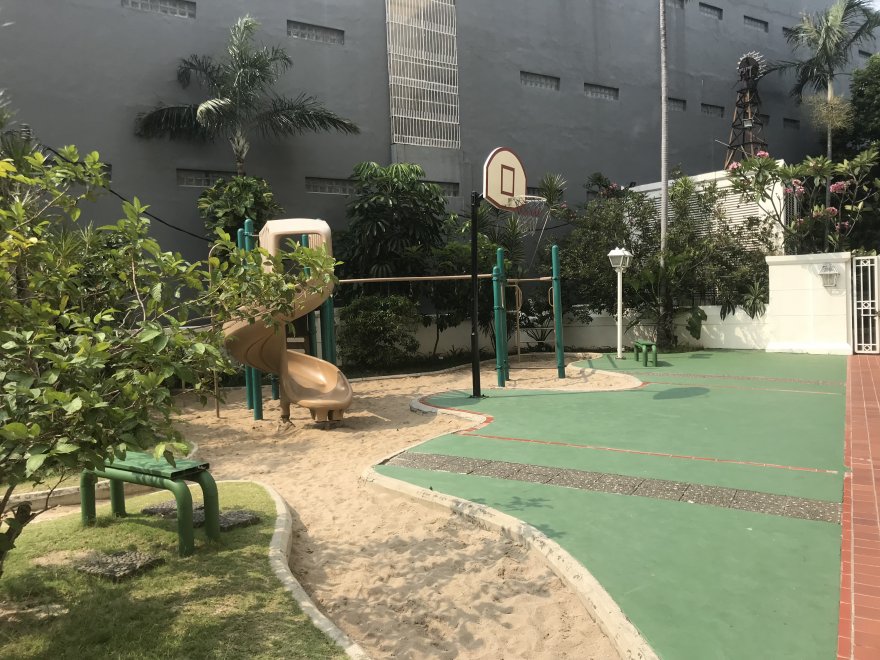 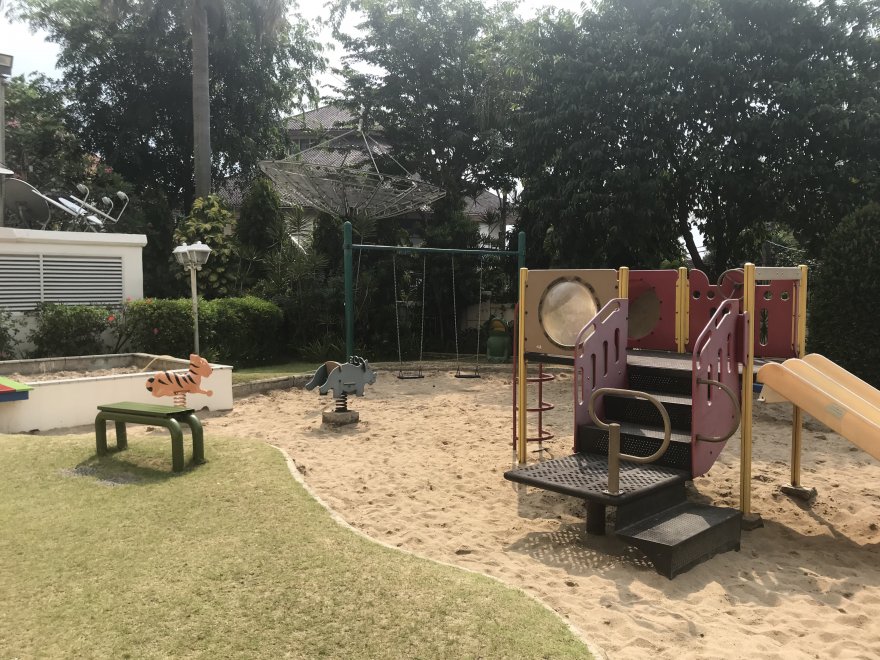 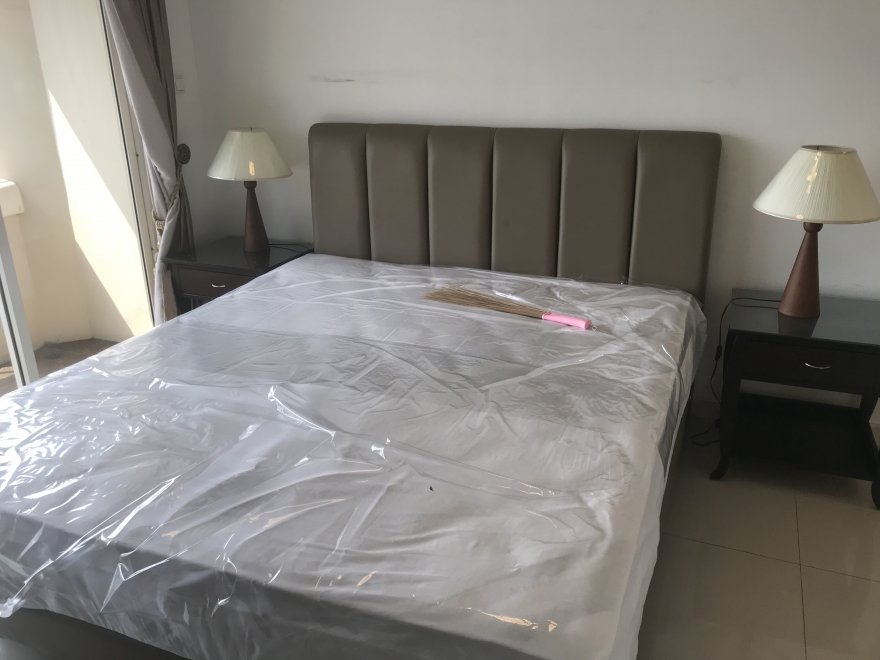 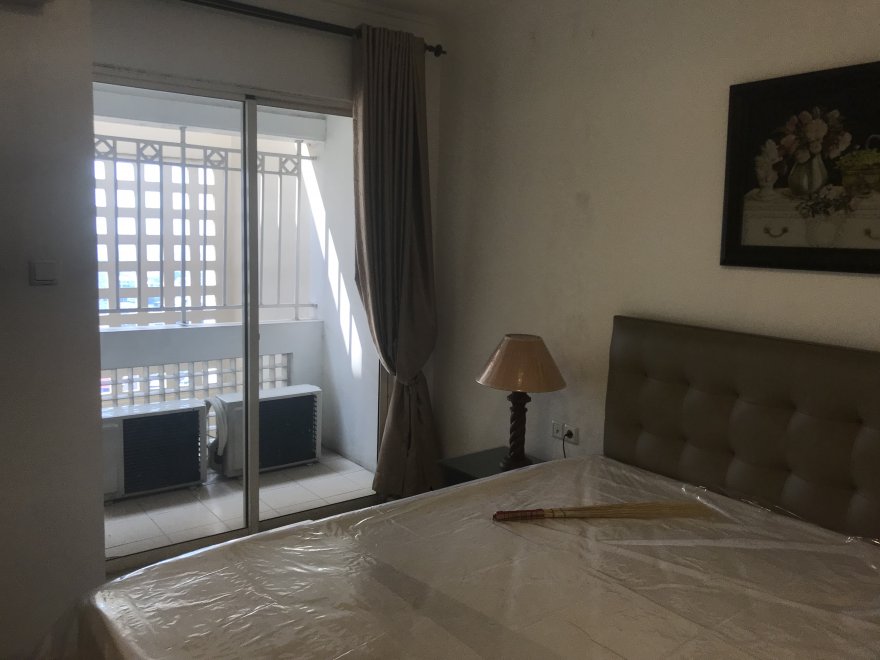 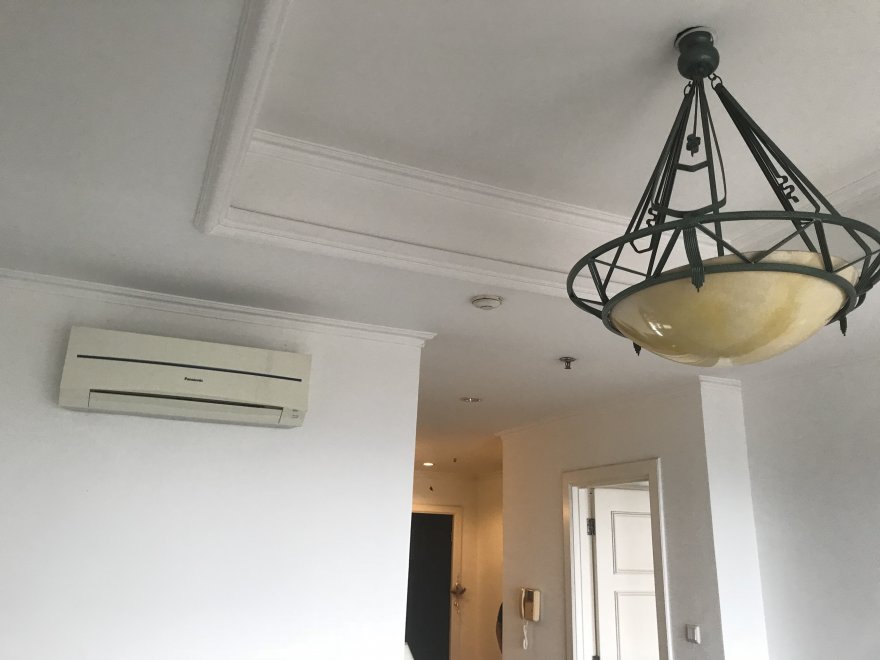 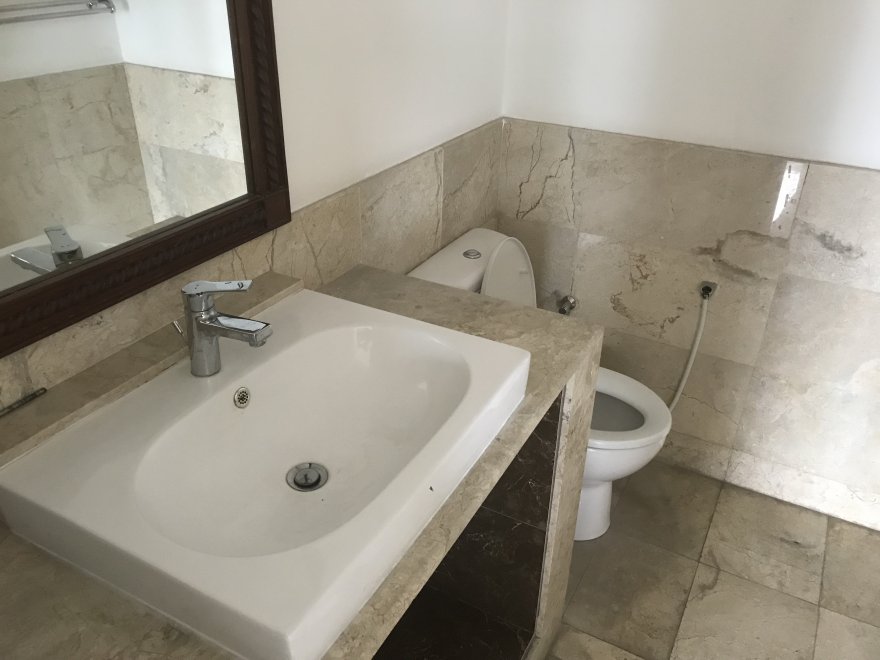 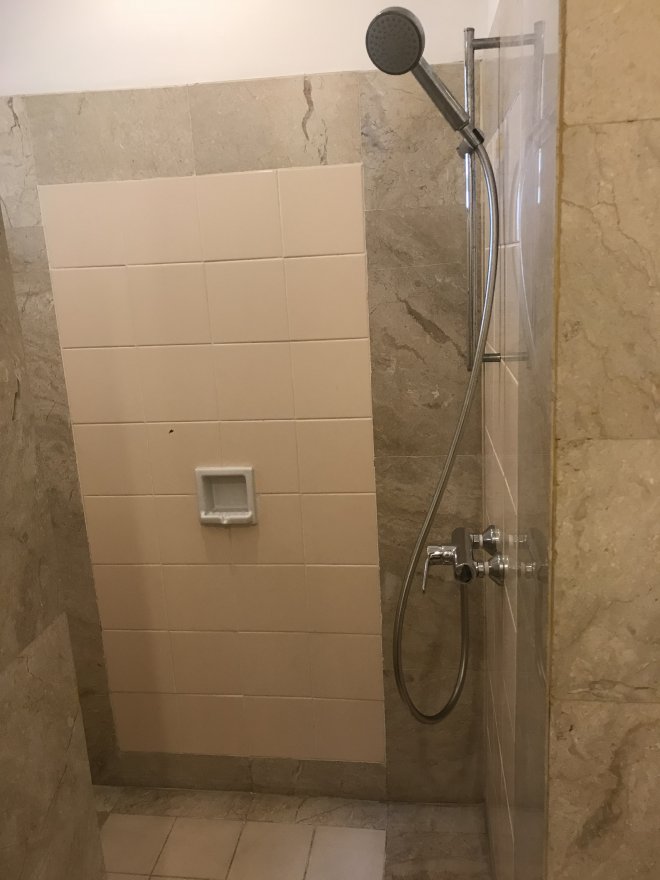 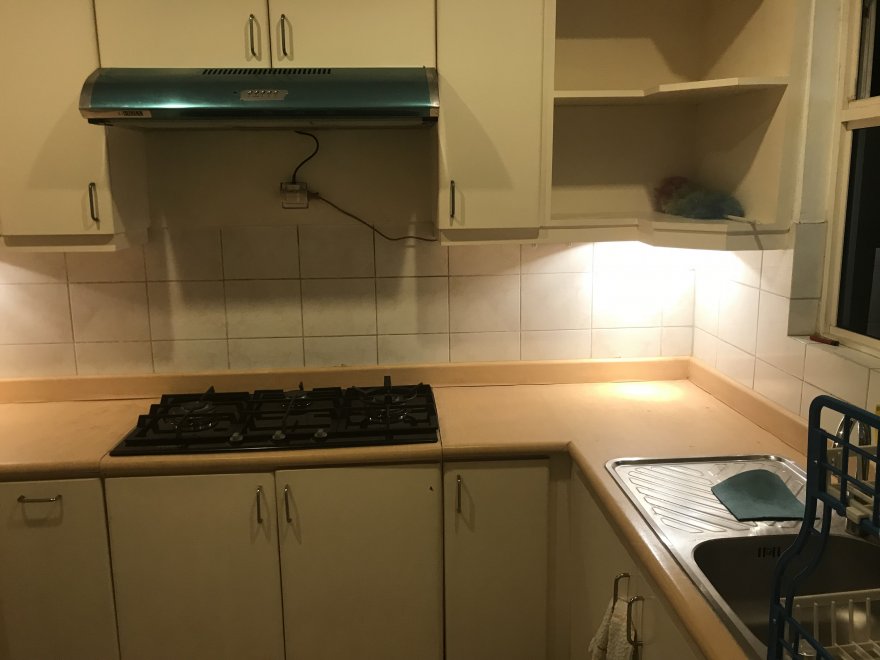 Developer:
The developer was PT Aneka Elok Read Estate. I was not able to find any more information about this company.

Overall building quality: 6.8/10:
Old property that looks quite outdated nowadays. It still retains a slight touch of luxury, though, in particular with the use of nice marble tiles in the lobby and in the corridors.

Maintenance:
The property is quite old but the maintenance is still OK.

Security:
– Guards: There are 24/7 guards at the main gate of Kedoya Elok and in the lobby. The guards at the main gate didn’t want to let me go to the lobby if I didn’t give the name of the agent I was meeting. I have never experienced such a tight security before in Jakarta and it made me think that there might be a VIP resident in this property.
– CCTV cameras: In the lobby
– Access: You need an access card to go to your unit